This is a rehash of some things I posted on my Facebook page a few weeks ago when I was in a particularly foul mood. There are lots of things I’m thankful for, big and small. This certainly isn’t an exhaustive list but it reminds me of how good my life really is and how blessed I am…far beyond what I deserve. In no particular order, I am thankful for…

You are certainly entitled to share your opinions on this blog anytime you wish. However, I will continue to delete posts in which you threaten others and myself and in which you make personal attacks. Thanks for reading. 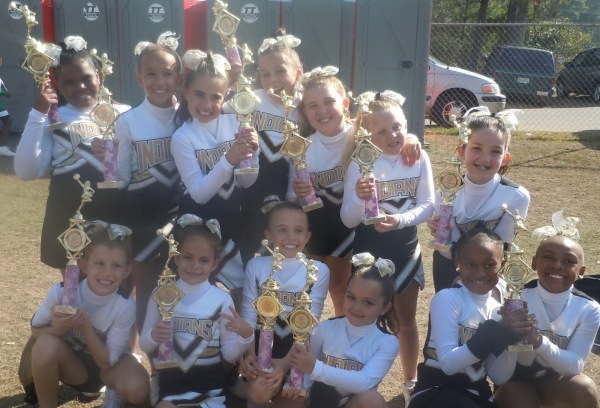 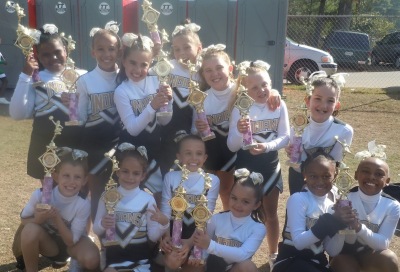 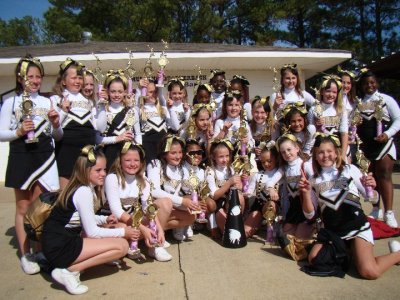 Michelle Davidson
Saturday, November 13, 2010 was the grand finale for the River Region Youth Football & Cheerleading League’s 2010 season. Saturday morning the River Region held their 2010 Cheer Competition. Saturday evening they held their championship round of the 2010 Playoffs.
The Wetumpka Youth Football & Cheerleading League is a part of the River Region Youth Football and Cheerleading League. The RRYFCL is made up of 8 leagues from the tri-county area; East Montgomery, Eclectic, Holtville, Marbury, Millbrook, Prattville, Tallassee, and Wetumpka.
The Youth Indian Cheerleaders brought home a first place win in the Cricket and Termite division in the 2010 River Region Cheer Competition which was held in Millbrook this year. But lets go back a little further, the cheerleaders’ season starts in August just like the football players. They not only have to start practicing for competition but they also have their duties as sideline cheerleaders. The girls practice 2-4 times a week and only get one chance to bring it all together on Competition Day. At competition they must compete against the 7 other squads from the River Region in their division.
The crickets had 14 girls competing this year with Michelle Shaw as their head coach. Coach Michelle said, “I am so proud of these girls for going out and putting their best performance on the field.  They put in a lot of hard work, tears and dedication to reach this point.  These girls did an awesome job!”
Chaseley Rambo was head coach of the Termite squad and took 25 talented young ladies to competition this year. “I am so thankful to have been given the honor and privilege of working with this group of young ladies. They absolutely accomplished the one goal that we set at the beginning of the season. I told them that no matter what as long we learned to work together as a team the results in the end would be great! Through lots of team work, positive attitudes and great sportsmanship they accomplished the end result. The girls were able to form new relationships, make lasting memories, and build new ones. I can honestly say this was definitely an experience that I will cherish!! The first place trophy at competition was just a BIG bonus to their great season!”, said Coach Chaseley.
Debbie Carswell, WYFCL Cheer President said, “This is the first time in 4 years WYFCL has placed first. This is an awesome group of girls and they all truly exhibit what true teamwork is about.  They have worked very hard for the past 3 1/2 months. These wins were well deserved!  I could not be any prouder of all of the WYFCL cheerleaders.”
Donnie Adams, Crickets Head Coach said, “All my boys set goals at the start of the year. Our last goal was to win the championship. And through hard work and much dedication we accomplished goals.” The Wetumpka Cricket football team is made up of 8 and 9 yr old boys. They start the season in August and they played 7 regular season games. This year the Crickets went undefeated during the regular season where they out scored their opponents 274-65. Five of those games were shutout victories.  Then they had to make it through two rounds of playoff games to get a chance at the Championship round.  Saturday night all their hard work and dedication paid off, they brought home a Championship to Wetumpka by beating their opponent, East Montgomery Seminoles, 26 – 0. This is the first ever Wetumpka Crickets team to go undefeated and win the championship.
It has been a great season for the Youth Indians. There were over 225 boys and girls in the WYFCL this year. Over 30 football and cheer coaches took time out of their schedules to help with 9 teams. Not to mention the hundreds of parents who make sure their children are at practices and games. They are also there to cheer them on every step of the way. Great volunteers, parents and children is what makes a league like this be successful. “All of the league board members and I are so very proud of the kids and all of their dedication and hard work. And I want to invite boys and girls to come out next season and join the Indian Nation.”, said WYFCL League President, Adrian Thrasher.
For more information about the Wetumpka Youth Football & Cheerleading League you can visit their website at www.wyfcl.net.