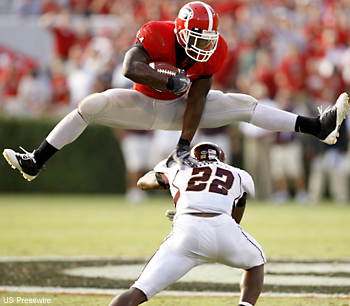 These are my seven, totally baseless, unresearched college football picks for today. Well, maybe a little bit of a base. Based on what little bit of ESPN Gameday I might pay attention to that doesn’t involve the University of Alabama or what I might skim over in the paper. Why only seven? Because my OCD dictates it, that’s why. I could try and explain the whole number issues regarding prime numbers, good and bad numbers, and numbers that are multiples of six or seven but it would take several paragraphs. So, suffice it to say that seven is a good number and it is what I settled on. Here they are…