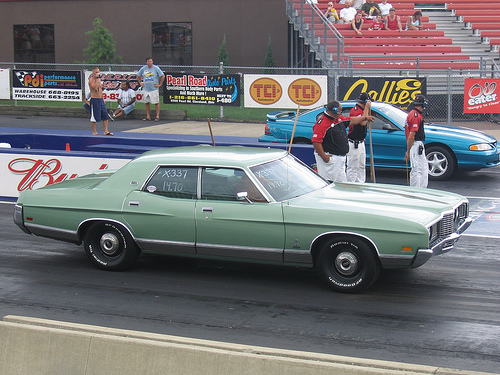 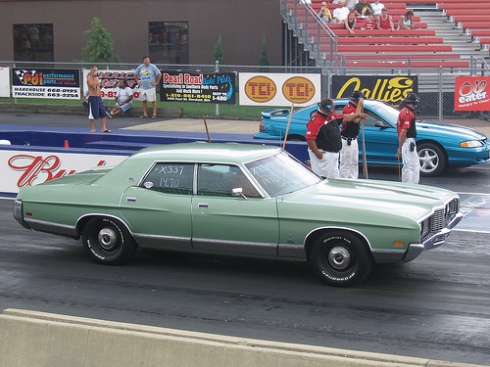 I’ve always loved music. A lot. All sorts of music. But the only music I recall hearing as a young child were the songs from The Baptist Hymnal that my mama would sing between watching the “stories” and handling the general upkeep of the New Home Baptist Church pastorium, the one in Titus. She sang all the time. I can’t tell you what I had for breakfast this morning but I can sing you the first, second, and last verse of half the songs in the 1975 version of the hymnal. Maybe that’s where my love of music and singing was born.

We had a big old console stereo with an FM tuner and a record player. We even had a few records, mostly Elvis and Lawrence Welk, but we couldn’t listen to them because the record player didn’t have a needle. The only time I ever remember it being on is when daddy would crank it up and we’d eat popcorn and listen to Alabama basketball games. In 1981, for my 12th birthday, mama and daddy took me up to Bush’s in Slapout and we made what would be the last payment on a stereo they had put on layaway several weeks earlier. It went in my room and not only did the record player have a needle, but it also had an 8-track player! At any given time you could find me in my room with the door closed, singing along to one of my handful of 8-tracks. Leif Garrett, The Village People, and, of course, Elvis, were among the staples of my collection. The 8-track player actually had a jack where you could plug in a microphone and record right onto the tape itself. Aside from recording the hits directly from Y-102, this feature would serve my two nephews and I well as we pretended to be wrestlers with Jason, 6 years my junior, and I wrestling while his younger brother, Dale, would serve as our own version of Mean Gene Okerlund. It would also lead to the infamous, and I quote here, “And they’re scrappin’ like hell” comment from the 6 year old Dale as our match apparently became so hotly contested that a cuss word was needed to convey the unimaginable excitement he was witnessing. I’m sure it also ended the match as his older brother at that point was likely compelled, once he broke the figure-four leg lock I had clamped on him, to go and tell on Dale for cussing.

I faced a whole new problem when I became old enough to drive. In 1985, my 16th birthday found us with a green 1972 Ford LTD with only an AM radio. The 1974 and 1976 models that followed over the next 18 months had the same issue. I could occasionally pick up Casey Kasem’s American Top-40 on Sunday afternoons but other than that, AM radio was mostly only good for listening to trucker music out of Metairie, Louisiana at 11:30 p.m. on Saturday nights. Great for a guy driving a K-whopper hauling a lowboy loaded with a Caterpillar backhoe from Birmingham to Houston. Not as great for a 16 year old boy who just wanted to take a girl to a movie and be able to listen to Chicago 17 on the way in the hopes that she’d hold his hand when You’re the Inspiration came on. Slim Whitman’s Indian Love Call just didn’t have the same effect. Then, like the Lone Ranger riding in to save the day, my Aunt Mary drove her 1980 Cutlass Supreme from Bakersfield, California to Slapout, Alabama to live with us. I’m not sure she ever drove the car again due to her severe arthritis but it did anything but sit idle in the driveway. It had AM/FM cassette and CRUISE CONTROL! Not nearly as common in the mid-80s as it is now. It also only had two doors and just like that, I was riding in style! Run DMC, Prince, New Edition, Cinderella, Bon Jovi…I felt like I was living in a movie and these cassettes were the soundtrack of my life. I saved up a little money from my job as a bagboy at Food World and bought some chrome, bullet hole rims from Otasco. I WAS RICH!!!

By that time, my obsession with the music of Barry Manilow had been fully realized and embraced. An obsession that continues today. I’ve always loved Elvis and vividly remember exactly where I was and how sad I felt when I heard that he had died. I’ll do the same when Barry leaves this earth but I’ll be a lot more upset. I used to wonder why all the girls cried when I saw videos of them at an Elvis concert. I saw Barry Manilow in concert for the first time about 10 years ago and I don’t wonder anymore. I didn’t cry but I’ll have to admit to getting a little watery-eyed from excitement. Don’t go spreading that around. I’ve got an image to maintain. I’ve taken a lot, and I mean A LOT of heat over the years for being a hardcore Fanilow. I have a gay friend in Atlanta who made fun of me for being a Fanilow. I don’t mean to stereotype, but I always operated under the assumption that the gay community embraced Barry, especially after his appearance on Will and Grace in 2003. I’m sure there’s never been a time in my life, no matter what season of difficulty or prosperity I happened to be going through at the time, that I couldn’t think of a Barry Manilow song that fit that situation perfectly. If you see me singing while driving, I’m probably belting out, badly, Weekend in New England or maybe Somewhere Down the Road or The Old Songs. He had me at Mandy.

My wife is insanely musically talented. She has the voice of Sandi Patty and plays the piano. She also teaches dance. In college, she was a member of the AU Show Choir or simply Auburn Singers as I’ve come to know them over the years. Every few years, they have a reunion and many of the members from past incarnations of the group join the current members and they put on a show(Yes, they do a Manilow song). They always end with what I’ll refer to as their unofficial theme song. It’s called What Would I Do Without My Music and even though I’ve sometimes made a little fun of the time she spent in the AU Singers, that song moves me. Every time.

What would I do without my music?

“You’re in a better place, I’ve heard a thousand times.And at least a thousand times I’ve rejoiced for you. But the reason why I’m broken, the reason why I cry is how long must I wait to be with you? I close my eyes and I see your face. If home’s where my heart is then I’m out of place. Lord, won’t you give me strength to make it through somehow. I’ve never been more homesick than now.” –Homesick by MercyMe

2 thoughts on “Confessions of a Fanilow: Mama, Music, and Manilow”