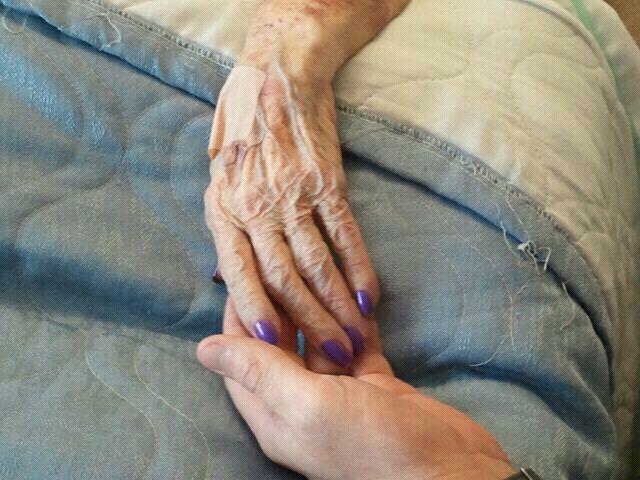 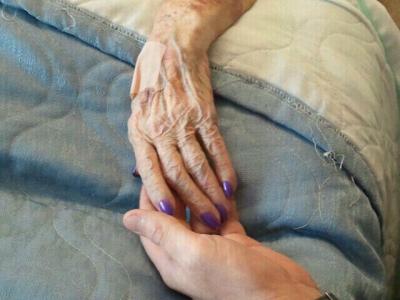 This Friday is special. This Friday, September 9th, will mark the first time since 1929 that Dorothy Louise Hankins has not been on this earth to celebrate her birthday. Less than two months shy of 82 years she spent on this earth.  Some people know her as Dot, Miss Dot, or Mrs. Hankins, the preacher’s wife. I have cousins who always called her Aunt Dottie. I called her mama. She may celebrate her birthday in Heaven this year but that doesn’t make the day any less special for those of us she left behind back on July 27th when she flew away from this world to go and meet her Savior in the next.

She spent the last five weeks of her life in a nursing home, sometimes unaware of where she was. One day while I was visiting her, she asked my dad how I got in and told him that he must have left the front door unlocked. She thought she was at home. Thankfully, with the exception of her last few days, she knew who we all were. She might have to think for a minute for a name, but she knew. Her long term memory wasn’t too bad. It was the short term stuff where she really seemed to struggle. I wrote in an earlier post that she, without fail, always introduced me to her caregivers as “my only son.” I am. I like that she did that. It reaffirmed how much she loved me and caused me to remember how much she did for me over the 42 years of my life that I was blessed to have shared with her.

She had among her 14 siblings a sister we all called Aunt Pete. Aunt Pete had a cabin on a lake somewhere. I don’t remember exactly which lake it was but I do remember going there and swimming and fishing and having all sorts of fun. My earliest memory of mama rescuing me from something happened at Aunt Pete’s place on the lake. I couldn’t have been more than four years old when I decided the hill that led down to the seawall at the water’s edge would be a lot of fun to descend on a tricycle. Even though that has been almost 40 years ago, I remember it only took me about three feet to realize this ride was not going to end well. I zipped down the hill toward the water probably not realizing how grave the situation had quickly become. At the last moment, however, an arm grabbed me and knocked both the tricycle and me over. It was mama. She had run down the hill and caught me before I plunged over the wall into the water. She never learned how to swim and neither did I until I was probably eight or nine years old. Who knows what might have happened had she not morphed into a 40-something year old Wilma Rudolph that day? She scooped me up in her arms and I cried. Mama’s are always good at comforting. Mine was the best. My cousin Robert, Aunt Pete’s son, mentioned my ill-fated trip to the lake place at mama’s funeral. We laughed.

If mama ever ran again for the rest of her years, I didn’t see it. Her knees were swollen and stiffened by arthritis for as long as I can remember and it grew worse and worse with each passing year. It was difficult for her to do things as simple as going to church but she always managed to do that. When I was on the tennis team in high school, she could almost always be seen sitting courtside to watch me play a game she had no idea about. She was a faithful pastor’s wife for half-a-century and only stopped attending church when it simply became too difficult and painful for her to travel even a short distance.

Unable to regularly attend the birthday parties of her grandchildren or make it to their houses on Christmas mornings, she would always make sure that she sent my dad to the mall or toy store to get whatever extravagant item they just couldn’t live without that year. She and my dad always remembered to call their children and grandchildren on their birthdays to sing what was always a rousing rendition of Happy Birthday. On her birthday, we’d all try and figure out what we could get her. She often ended up with clothes or maybe some jewelry. I usually ended up getting her something related to the University of Alabama’s football team or the Atlanta Braves with a few crossword puzzle and wordfind books thrown in. She liked doing puzzles. She LOVED ‘Bama football and her Braves. All except Chipper Jones because he had cheated on his wife. I don’t know if Chipper’s ex-wife forgave him or not but my mama sure didn’t! I would pick at her and cheer for Chipper when he’d come to bat. Unless it meant the difference between the Braves winning or losing, I’m pretty sure she wanted Chipper to strike out every at bat, make an error on every ball hit in his direction, and have a family of redbugs make a home in his jock strap.

Mama was a compassionate, loving, caring, strong, and faithful wife, mother, and Christian. She took care of those less fortunate than her and I can’t remember a time when someone wasn’t welcome in our home. Whether it was a friend of mine, someone from the church, a relative(I had an aunt and an uncle who lived with us, not at the same time, for several years), or even the guy who dad had paid a little money to for cutting our grass(a rarity as that was the only time that I remember anyone cutting our grass besides us). She also had a boat-load of personality. She and my dad would often playfully bicker with one another much to the delight of those of us who were lucky enough to witness it. She’d tell him he better be glad she couldn’t get up and come after him or she’d spank him. I thank God that He gave me two parents who knew how to have fun and laugh and enjoy life regardless of the circumstances.

She went downhill fast in the last week of her life. She was in a lot of pain and stayed, as she would’ve called it, “doped up” on pain medication. She’d sleep some and then with a start, she would open her eyes wide and cry for help. This was when she began to have trouble recognizing some of us. It was difficult. Especially for my dad. For 61 years they’d been together. Longer than that if  you count the courtship. It hurt. Then, on Monday, something happened. For several hours my mama woke up. She joked and laughed and smiled and for a while that day we got to see her the way we’d known for all those years. It was good. I’m sure God gave us that day for us to say our goodbyes to her and for her to do the same.

She left us six weeks ago tomorrow and I miss her greatly. I know she’s in a perfect place now but a guy can get sad when he thinks about not ever seeing his mama again. Sometimes tapping out some words on a computer keyboard helps. In fact, it has today. Though September 9th will be weird, even kind of tough without her here. I have to believe that this will be the best birthday she’s ever had since she’ll be celebrating in Heaven. Maybe Jesus can tell her I said happy birthday and that I’ll see her soon.